Climate change with Bolivia most susceptible to be hit the hardest 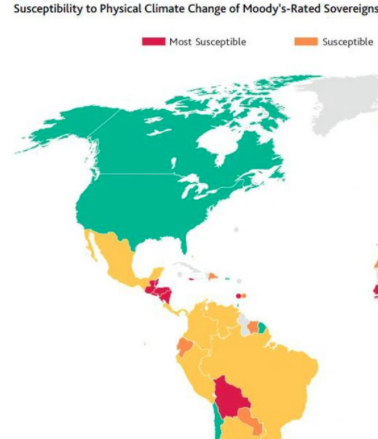 And, in a warning to oil-producing states, it said they would face “an additional set of economic, fiscal and institutional credit challenges” as the world moves to a low-carbon economy.

The list of the “most susceptible” nations included the likes of India, Pakistan, Vietnam, Papua New Guinea, Ethiopia, Kenya, Angola, Namibia, Bolivia and Honduras, according to a report by Moody’s.

In contrast, most of Europe, North America and China were among those considered least at risk.

The report’s conclusions fit with the general trend that poor countries which have done the least to cause global warming will suffer its effects the most and the nations that built their wealth on fossil fuels will fare better.

“While all countries will experience the physical effects of climate change to some degree, sovereigns [countries] with larger, more diversified economies and geographies are less susceptible,” Moody’s said.

“These economies generally have better infrastructure quality that can withstand disruptive events and an ability to carry a higher debt burden at more affordable interest rates. 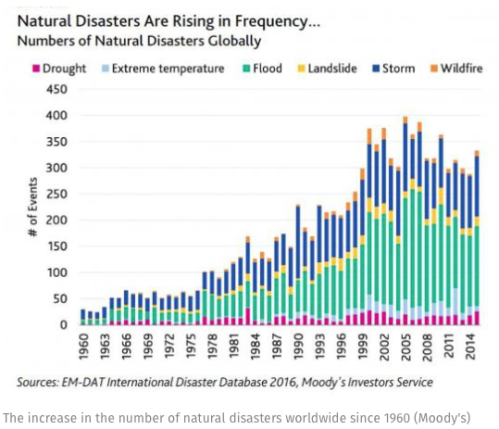 It cited four main reasons why climate change could affect “a sovereign’s ability and willingness to repay its debt”.

There were the potential economic impact, for example as a result of lost agricultural production; damage to infrastructure cause by floods and storms; rising social costs resulting from health or food crises; and “population shifts due to forced displacements resulting from climate change”.

But it warned the latter problem may have already helped push at least one country into war.

As we can see, Bolivia is in this hemisphere the most susceptible to suffer … $150 billion dollars were wasted by this government and we have done NOTHING to tackle this … the coca grower caudillo and his acolytes must leave office as soon as their mandate is over.

We desperately need to rebuild our nation and repair this lost decade … the petty populism of the 21st century has done nothing but damage to Bolivia!