Bolivian icon in peril!!! Cerro Rico continues to be under jeopardy!

THE AUTHORITIES FEAR A POSSIBLE COLLAPSE

After an inspection, the Ministry of mining and metallurgy demanded the cessation of mining activities that are developed in the Cerro Rico de Potosi to avoid a collapse.

In 1987, the Cerro [Hill] was declared, along with the city of Potosi, Cultural Heritage by the United Nations Organization for education, science and culture (Unesco).

“The works of preservation at the top of the Cerro Rico de Potosi are at risk of collapse due to the permanent work of ore above the 4,400 level. Alarm ensued on Thursday after the technical inspection on site, which took place to the forbidden zone of mineral extraction where some are still working,”says a statement from the Ministry of Mining.

Currently, in the Hill, a project of preservation which cost Bs18 million; is carried out, if the work of extraction of minerals, continues “all the metal and concrete structure will come down and the investment – which so far took place – will be useless”. 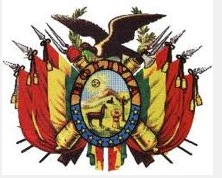 By its iconic shape, the Cerro Rico de Potosi has become a national emblem. It is included in the coat of arms of the country together with the condor, the olive, laurel and the phrygian cap, among others.

To date, the company that makes drain concrete works spent five million Bolivians [currency] in the filling of the sinking of the top of the Hill. In addition to that, rains that left bare that settlements are made by extraction of loads in the richest side of the Hill area.

After the evaluation, the Commission, formed by a representative of the Ministry of mines, the Prosecutor of preservation works and the director of Q&Q company project, determined to convene an emergency meeting.

In May, a Commission of Unesco made an inspection at the Hill and recommended to do work with sustainable environmental, labor and infrastructure, to preserve the morphological structure of this Bolivian historical monument.

Sad news, and clear proof that anarchy rules… what is the purpose of a ministerial recommendation if nothing is fixed??!!