Diplomat Santos Rocha believes that the new contract will be beneficial for both countries. 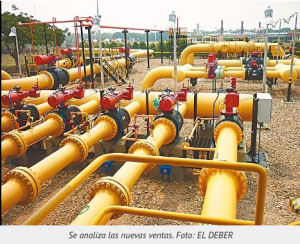 Brazil’s new natural gas purchase contract will fit Brazil’s new energy context, said Brazilian ambassador to the country, Raymundo Santos Rocha, is confident that his country will soon be out of the economic crisis, which meant a reduction on consumption volumes.

The diplomat revealed that the economic crisis in his country shrunk the productive apparatus and the levels of consumption of Bolivian gas and ended up throwing a greater unemployment figure to all the Bolivian population, situation that began to revert with great efforts in financial and fiscal policies.

Santos Rocha noted, however, that the price of Bolivian gas is better and more stable than in the open market, after evaluating the gas purchase contract signed in 1996, with a duration of 21 years, which are accounted for as of 1999 Until 2019. [this statement clearly shows that the Bolivian government failed big time! not only had we lost foreign investment to renew our gas supply but we are also starting to import gasoline and diesel; both Argentina and Brazil are seeking other suppliers and will pay for our gas considerable less, mark my words, and that is entirely the responsibility of the ruling ochlocracy!]

“All gas policy is being revalued; That is, the ways in which the purchase will be made is under study,” said Santos Rocha. / ANF