The risks of playing in the heights of Bolivia

But it’s worse for them when they come down.. 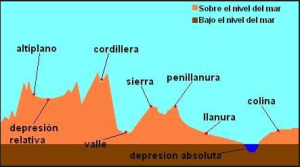 By the time this article prints, Argentina will have already played at home against Chile in the South American World Cup qualifying group, in which they are teetering between sealing a top-four automatic qualifying place or not. Next Tuesday, they go to Bolivia, which is always risky because the match will take place at a 3,500-metre height above sea level.

Doctors have said this is risky for the players’ health and at one time the International Federation of Association Football (FIFA) thought about altering the rules, but dismissed the idea as its own medical department did not agree with such conclusions. The idea from the Argentine side was to arrive just before the match with oxygen tubes and leave immediately after. The ball also acts differently during play, but players will have to train for that. There is that famous saying that the ball bends more when shot in the rarefied air.

Although it is not the case this time, one must realise that Bolivians suffer the same problems when they come to play in Argentina at sea-level. Including players who play in leagues in other countries at a high altitude is an advantage, but there are not many.

One doctor believes that for Bolivians to come down to play at sea level is much more dangerous than the other way around. One calculation made suggests that players going from sea level to height lose 13 percent of their capabilities, but that players coming down from heights to sea level lose 25 percent of their capabilities. They get too much oxygen for their muscles, which do not respond in the same way with their usual amount of energy. The players also suffer from humidity and dehydration.

Nevertheless, the Bolivian championship is played in La Paz, Santa Cruz, Cochabamba, Oruro and Potosí with players continually having to move from playing at 3,600 metres above sea level to 300 metres which makes it impossible for the players to recuperate and they arrive to play for the national team tired.

The precautions Bolivia has been taking is to descend gradually from one place to another, finishing up in Córdoba. Yet players retain more liquid and suffer from dehydration. Some players get swollen feet which makes it harder to play.