Is the current Bolivian gov prepared for having more expenses than income?!

Bolivia will have more expenses than income 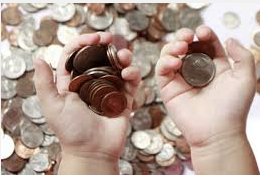 Economists argue that the effects will be felt in the performance of the national economy in 2015. The loss will be between $700 to $1,000 million if oil prices remain below $70 a barrel in the Texas market.

The country will receive less income by the falling oil prices and mineral exports, warned economists Mauricio Medinaceli and Gonzalo Chavez, who argue that because of the Bolivian economy dependence, Bolivia receives fewer resources from the sale of gas, then from somewhere has to come up the money for investment and public spending.

Although the government says that the incidence will not be significant, for professionals in economy, the loss will be between $700 to $1,000 million dollars if oil prices remain below $70 a barrel in the Texas market .

Also, warn that departmental governments and municipalities will have less money to invest; if the projection of the General State Budget, which estimates an average of $80 a barrel of oil remains, incomes will rise and therefore those of the regions.

Medinacelli emphasized that the loss to Bolivia represent 3.1 percent of GDP; but if the value is $60 dollars, would decline by 4 percentage points of GDP, representing over $1,000 million dollars.