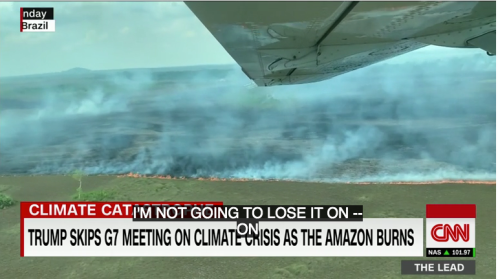 ‘All you can see is death.’ Aerial tour of Amazon fires reveals endless devastation 00:59

(CNN)It’s not just the Brazilian Amazon burning — fires in Bolivia have ravaged more than 1.7 million hectares (4.2 million acres) of land, according to Bolivian officials. That’s more than double the damage from just just two weeks ago.

Fires are leaving blackened trees and ash-covered forest floors in their wake. The website of Bolivia’s Santa Cruz region described finding charred animals in its devastated lands, and others desperately searching for food and water.
The majority of fires are in protected natural areas and in forests, according to environmental secretary Cinthia Asin on Wednesday, calling for the federal government to declare a national disaster.
“We insist on a national declaration of disaster, because we are losing a great part of our biodiversity that is also a water provider,” she said. 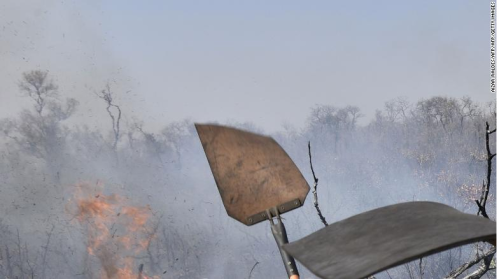 Firefighters try to control a fire near Charagua, Bolivia, on August 29, 2019.

Thousands of firefighters, park rangers, state employees, and volunteers are on the front lines fighting the fires, but new fires keep starting and spreading, she said.
The fires have claimed two lives so far, according to Bolivian President Evo Morales. He tweeted earlier this week the names of Jorge Hinojoza Vega and police officer Lucio Mamani, whom he said had died while putting out fires in the city of Sacaba and the town of Coroico, respectively.
Other state and departmental officials like the Secretary of Energy, Mines, and Hydrocarbons and the Secretary General of Santa Cruz are now also putting pressure on the Bolivian government to declare a national disaster. 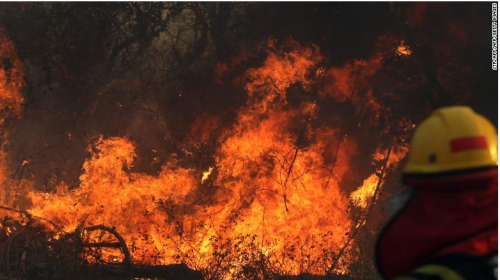 A firefighter works during a wildfire in the Santa Cruz region of eastern Bolivia on August 22, 2019.

But the Bolivian minister of communication Manuel Canelas said that Bolivia “is not overwhelmed” in terms of economic or technical resources that would merit a disaster declaration, according to CNN Espanol. 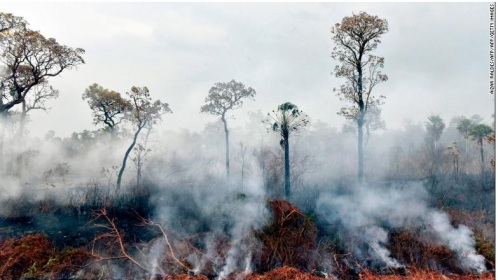 Smokes rises from forest fires in Otuquis National Park, in the Pantanal ecoregion of Bolivia.

During the G7 summit in August, French President Emmanuel Macron announced a $20 million emergency fund to help Amazon countries affected by the rainforest fires.
The Amazon spans eight countries, including Bolivia. The majority of the forest is in Brazil, where a massive increase in blazing fires has caused international concern.
https://edition.cnn.com/2019/09/06/americas/bolivia-fires-intl-hnk-trnd/index.html