1,200 species threatened by fire in Chiquitania 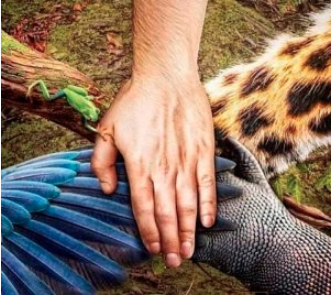 Some 1,200 species of animals that live in the dry Chiquitano forest of Bolivia have been threatened by fires in that area in the east of the country, where the fire has consumed thousands of hectares of forests and grasslands, leaving wildlife at the mercy of the hunters.

In an interview with Efe, the technical director of the Foundation for the Conservation of the Chiquitano Forest, Julio César Salinas, explained the importance of this transition zone between the Chaco and the Amazon that houses different ecosystems and a vast biodiversity.

According to data from that Bolivian foundation, there are more than 1,200 species that live in that forest, located in eastern Santa Cruz, which is believed to have already lost 40 million trees due to the fire.

It is estimated that the Chiquitano forest is home to 50 types of amphibians, 78 different reptiles, 700 birds, 124 mammals and 300 kinds of fish, in addition to several endemic species of the country, according to the data of that foundation, which has been working more than 20 years in the conservation of that place.

Among the species that houses this forest is the emblematic jaguar, the largest feline in America that, in addition to being threatened by fire, is also in constant danger by poachers who want their skin and fangs to sell them in illegal markets, said Salinas.

There are also populations of Aguará Guazu or maned wolves and anteaters that are vulnerable species, in addition to a diversity of parabas, tapirs, pumas, deer, large rodents such as capybaras and smaller ones such as the jochi, among others, he said.

The Chiquitano forest, which was considered the best preserved of its kind in South America, has several types of trees such as tajibo, cedar, oak, curupau, among others, and it takes at least 30 years to recover a single specimen.

In the expert’s opinion, each tree “is an entire universe” that becomes home to many birds that nest in their leafy canopies, rodents that make small burrows and even house microorganisms, and all this is affected by fire.

Videos of animals escaping from the fire or of several flocks that took shelter in trees in the surrounding communities were spread on social media this week.

“Between the fire and the fear that humans may have, many animals prefer that fear because at least they have a better chance of living,” Salinas said.

Other animals flee “mount inside” and often encounter other fires and die, the Bolivian expert added.

A latent threat to all these “stunned” and frightened animals are the hunters who take advantage of these tragedies to kill them, Salinas warned.

“There are animals that remain visible in the burned areas and hunters take advantage of that,” he said.

Salinas said that these losses could generate “severe alterations” of some cycles of reproduction of different species and even many changes of global impact. (EFE)