I visited Tariquia over 16 years ago and was marveled by its wonders, I am sad and disappointed to learn that is under threat… 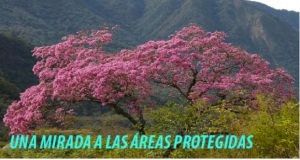 The head for the protection of the national reserve of Flora and Fauna [wildlife] Tariquia of the Department of Tarija, Enrique Tejerina, informed that this ecological area suffers constant incursions by loggers and settlers threaten the region to appropriate [invade] part of the territory.

It was a year ago that settlers already entered that region to begin the breeding of cattle, but they left the place by the presence of tigers.

“They are settlers who want to enter the Tarija River. A year ago there were settlers in the Canvari part but the location has some dangers; “there are many tigers on that side, then they have not been able to establish well so many have left and a few remain”, said Tejerina to Erbol’s indigenous news agency.

The Tariquia reservation, created in the year 1989, is one of the 22 protected areas of the country, which lies between the provinces of O ‘Connor, Arce, Gran Chaco and Cercado in Tarija.

Current central government has done nothing to prevent threats like the one in Tariquia, instead they are relentlessly and purposely engaged in perpetuating in power. Bolivians must say NO to the illegitimate re-re-election!

Anarchy is slowing taking over our lives…