A Dark And Harrowing Journey Into A Bolivian Mine

Mining represents a Devil’s bargain for Bolivia, providing the miners subsistence in return for their health and severe damage to the environment. 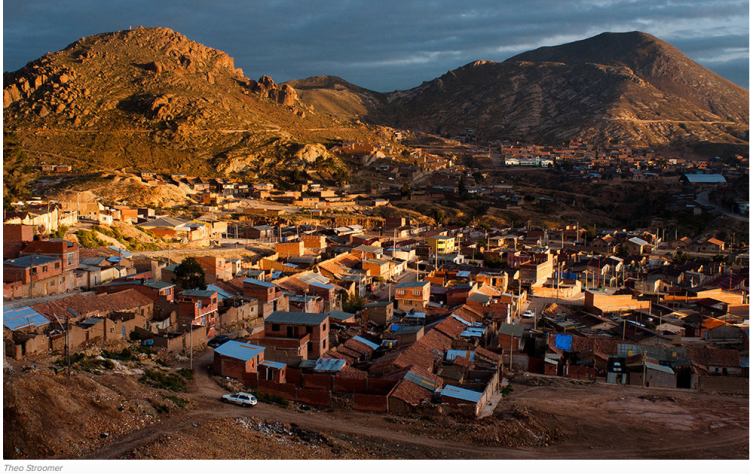 Darkness envelopes the main entrance of the San José Mine.

Miners generally smoke, chew coca, and drink alcohol before beginning work in the mine.

They don’t have regular access to machinery; most of what the miners collect comes from pounding and searching.

The Tío Lucacho is a symbol of good luck for the miner, who leave offerings of cigarettes, alcohol, and coca leaf bags. 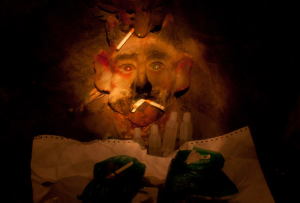 During a typical shift they will work for 8-12 hours in the dark underground. 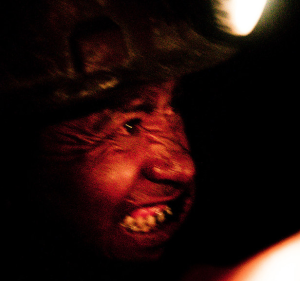 The average life span of a miner is 40, with millions of Bolivian men sacrificing their lives to pull rock from the earth. Still, Bolivia remains the poorest country in South America.

A Bolivian miner clenches his leg in pain at the Obreros hospital in Oruro. An x-ray of a miner’s internal organs reveals a prognosis of silicosis, a chronic condition in which silica enters the lungs and causes scarring.

A Bolivian model smiles during a photo shoot, which will be used to promote the San José Mine mine during Carnival.

Richard Villa with his son Junior, 3, outside his home near the mine.

Miners sacrifice a llama during the C’halla holiday for good fortune during the coming year.

Heavy drinking is also associated with the holiday as well.

Water pollution from the mines is rampant and virtually unregulated.

The Vasquez family lives on land that was contaminated by toxic mine waste; the Bolivian government claims that it is now safe to inhabit after a cleanup.

Working outside the mine, Emma Calpio collects rocks containing trace amounts of silver, lead, and tin. Miners discard much of what they extract from the mine, polluting nearby water sources. Occasionally they miss something valuable. [it is outrageous and sickening to watch “water” in that color!]

Garbage dumped from the Huanuni mine flows south, collecting along the riverbed in communities downstream.

Surveyors collect information on water pollution near Lake Poopó, which has been severely affected by pollution from the nearby Huanuni mine.

The area has been declared an environmental disaster region and the government is beginning efforts to clean it up. 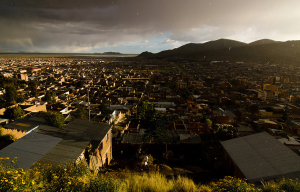 Theo Stroomer is a photographer based in Denver, Colorado. To view more of his work, check out his website at http://www.theostroomer.com/.

Sad reality and poor working/living conditions of Bolivian miners. During the 80s when prices of minerals were very low, hundreds of them relocated to the Chapare and started planting and profiting from illegal coca plantations…

We failed at funded legal, moral and better h=jobs for that population and yet… we are not doing anything in this regard. Current ochlocracy’s cheap demagogue only uses these people as their voters and supporters… back in 2006 current president let his two allies in Huanuni fight to the death.

Miners from state-owned companies and those from mining coops, clashed and 16 people died as a result. Since both sides supported this president, the government did nothing to restore order, only the VP offered the coffins after the murders…