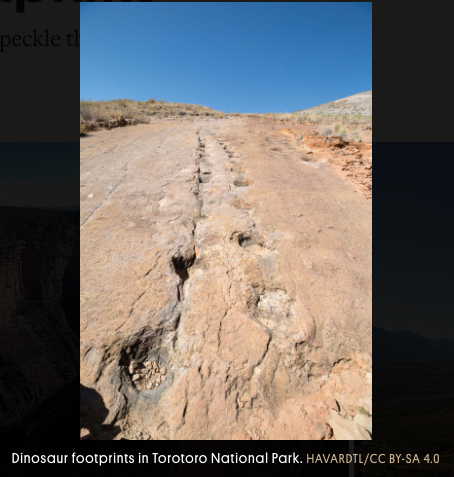 There are plenty of things to see and do in Bolivia’s Torotoro National Park. You can trek along the numerous canyons that cut through the semi-arid landscape, the deepest reaching depths of almost 1,000 feet. You can bathe in natural swimming pools, some fed by pristine waterfalls that tumble down the canyon walls. Or you can descend into the Humajalanta Caverns, one of the deepest cave systems in the country, and explore underground lagoons filled with blind fish.

And as you travel through the park, you’ll often stop to see another of Torotoro’s grand attractions: dinosaur footprints. So far, more than 3,500 dinosaur footprints and trackways have been found inside the park, belonging to eight different species that roamed this area in the Cretaceous Period.

Back then, of course, the landscape was entirely different. During the Cretaceous, this area was near a vast ocean inlet whose wetlands provided an ideal habitat for dinosaurs—a far cry from the arid, rugged canyons in what is now landlocked Bolivia.

As the dinosaurs migrated through these wetlands, they naturally left footprints in the mud. These dried and, to cut a very long story short, later turned into stone. The Earth’s crust then shifted over time, leaving us with the dinosaur footprints we now see in Torotoro, the oldest of which date back around 86 million years.

A few different groups left these footprints, which range in size from about eight to 20 inches wide. They included herbivorous sauropods, huge creatures with very large feet; armor-plated ankylosaurs with their hefty tail clubs; and carnivorous theropods with hollow bones and three-toed limbs, from which birds probably originated.

Torotoro National Park has understandably become a hotspot for paleontologists, and there’s still a lot more it can teach us about the dinosaurs. Local researchers are certain that many more dinosaur fossils and footprints are waiting to be discovered in the park, providing a potential boon to both science and, of course, tourism. 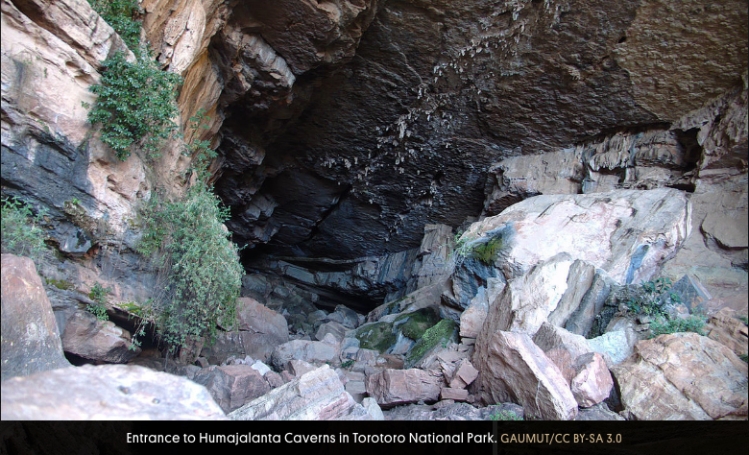 Know Before You Go

Torotoro National Park is located in the Potosí Department of Bolivia, about 190 miles southeast of La Paz and 50 miles south of Cochabamba (as the crow flies – actual travel distances are significantly longer). Multiday tours of the park can be arranged in Cochabamba, which is about a five-hour drive from the tranquil colonial village of Torotoro, located in the far south of the national park. Alternatively, you can travel to Torotoro and stay there, using it as a base to explore the park. Entrance to the park costs Bs. 100 (about $15 US), which is valid for four days. You’ll also need to hire a guide, which is compulsory for entry to the park (going with a full group will help keep costs low). Then it’s a case of choosing one of the various circuits, and heading off to explore. Whether you go to the canyons, caverns or elsewhere, you’ll normally stop off to see dinosaur footprints on the way.