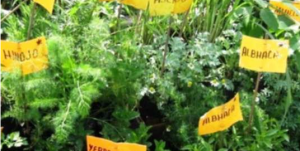 Bolivia produces more than 3,000 species of medicinal plants for prevention and treatment of diseases, said on Thursday the President of the Departmental Council of La Paz Traditional Medicine (Codemetra), Freddy Ayala.

He stressed that industrializing of some medicinal plants like coca, stevia, aloe, among others.

He added that medicinal plants syrups, ointments, patches, that help in the prevention of cancer, diabetes, gastritis, respiratory problems and other diseases are made.

“We have veterinary products here in La Paz, for example one hepatobiliar is for liver problems and gall bladder, the majority of the population suffer from this disease, gallstones,” supplemented.

He reported that in the department of La Paz, there are at least 32 medicinal plants for use and industrialization in 20 craft authorized laboratories.

Moreover, he said that the department recorded 672 of more than 3,000 traditional healers, naturopaths, midwives and spiritual guides that exist in La Paz.

“We are about 3,000 naturopaths La Paz department, we are certain to check, because they must carry their badge and certificate of the Ministry and Deputy Minister of Traditional Medicine”, supported. (ABI).

Word of advice, as we ignored to profit sustainably from what God gave us, we need to be very careful at the time of promoting those plants, those medicines… the patent world is extremely difficult and competitive. I just expect that this ruling ochlocracy doesn’t ruin this extraordinary resource.