The Charango Museum, one of the best works of Ernesto Cavour

Maite Lemus reports for Pagina Siete, and today been our National Day, what better way than to celebrate with this special news:

Maestro Cavour created Los Jairas, founded the Bolivian Society of Charango and made other contributions that place him in a great place of Bolivian culture.

Ernesto Cavour Aramayo, musician, singer-songwriter, creator of musical instruments, known as the “master of the charango” confesses that when he was 10 years old there was a charango in his house and when he touched it he felt his body shuddered.

“I saw a charango and a guitar hanging in my house and, when I played the charango, I shivered, from that time until now, 60 years later, I feel the same,” he said. He says that when he decided to be a musician, his relatives, especially his mother, opposed.

No one could know that a few decades later he was declared, on several occasions and in different countries as “the best charanguista in the world”.

“My family came from a humble and simple crib. When I said I wanted to be a musician, nobody in my family accepted it. My mother was very strict and she didn’t want me to be a musician, she told me ‘you’re going to be a drunk and a womanizer’. Then I promised her that I was going to behave well and I wasn’t going to drink,” recalls the 79-year-old artist.

The musician, one of the organizers of the famous group Los Jairas, has had a brilliant artistic career, recording dozens of albums, giving hundreds of concerts and recitals, and visiting dozens of countries. But his best work is, perhaps, the Charango Museum, which he founded in 1962.

The renowned charanguista remembers that in its beginnings the museum was summarized to only two exhibition halls, installed in his house. On the walls and tables he placed dozens of charangos. Over time his collection of instruments grew and the museum moved to Calle Linares, corner Sagárnaga, in the city of La Paz.

“There my family gave me an apartment,” says Cavour. He adapted the place so that his valuable collection of instruments continued to grow, but the place remained small, until, years later, he acquired a beautiful heritage house on Jaén Street, where he moved one of his best works. Today the place is known as the Museum of Musical Instruments of Bolivia, which holds more than 2,500 pieces, all related to music. Most of these were acquired by Cavour; Others were donated. 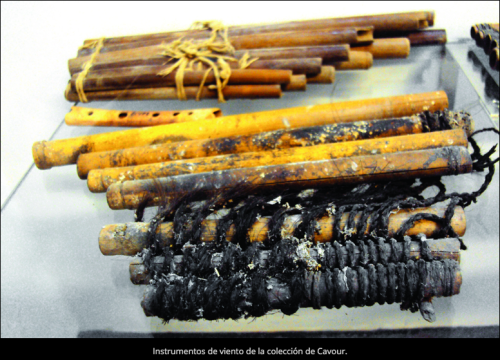 His museum has an invaluable value because it allows studying, knowing and preserving one of the most iconic musical instruments of the Bolivian culture, the charango, designed and made by the Bolivian Indians in the 16th and 17th centuries. His crib is still in debate, some say it is the town of Aiquile, Cochabamba, others say in Potosí.

For centuries the charango was built with the carapace of the quirquinchos [armadillo], an animal from the highlands and the Bolivian valleys. Two or three decades ago a trend began to build them exclusively of wood to protect that species, which is threatened. At some point charangos were also made with turtle shells.

The charango is a string instrument of great influence in the Andean area of South America and much of its contemporary presence is due to Ernesto Cavour, a tireless musician.

The museum has 18 rooms, 15 exhibition rooms in which there are dozens of string, wind and percussion instruments, international instruments, and so on. It also has an instrument workshop, a music workshop that can be used free of charge and a theater, called Teatro del Charango. In this one, the musicians Ernesto Cavour (charango), Rolando Encinas (quena), Franz Valverde (muyu muyu guitar), are presented every Saturday night. 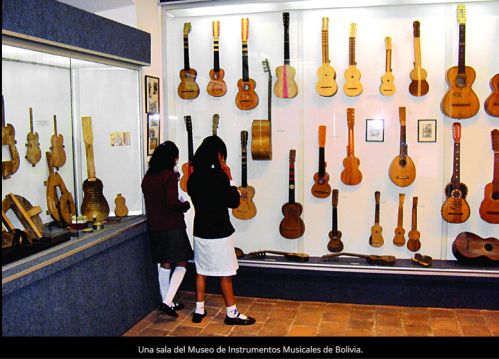 Cavour has an amazing work: he has recorded 37 albums, of which the first five were with Los Jairas and the rest as director or soloist. In 1981 he recorded the album Cóndor, with his brother Luis Cavour, who was a Quenist. Luis died prematurely in a tragic accident.

In addition, he has published 17 books, several of them manuals for playing charango, quena, zampoña, mandolin and concertina, but he has also published a much appreciated encyclopedic dictionary of Bolivian instruments.

The books are for sale and are priced between 40 and 60 Bolivianos. The price of admission to the museum is five Bolivianos. “Everyone tells me that the entrance is very cheap, but I want people to come and know Bolivia,” says Cavour. 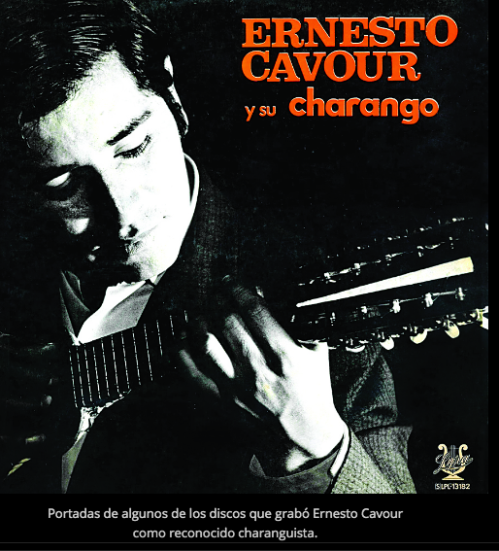 The works of master Cavour

Undoubtedly, the museum that Cavour made is one of his greatest works, but the charanguista has a history of innumerable contributions to Bolivian culture. In 1966 he created the group Los Jairas, one of the best groups of Andean music in South America. He made the group with Edgar Jofré, Julio Godoy and Gringo Gilbert Favre. His music was known internationally. The Jairas aroused interest in Europe, where they arrived as guests on a musical tour.

Cavour was also founder of the Bolivian Society of Charango, along with William Ernesto Centellas and Abdón Cameo. “We have had many achievements and we have promoted Bolivia and the charango worldwide through the Bolivian Charango Society,” says the musician.

The talented artist also made his contribution to dance, for which he was attracted from a young age. He was part of the National Ballet and traveled throughout the country on tours that for him were always an opportunity for learning.

“I have traveled a lot in Bolivia, I toured the country showing folk music. There I realized the wonderful things that were in Bolivia,” he says.

That was when Cavour began collecting charangos. I bought them where I went.

Inventor and creator of instruments

But the charango master, apart from collecting instruments, created others, very innovative, which are also exhibited in the museum. Among them are the guitar and the charango muyu muyu (round-round, in Aymara), the chromatic zampoñas of two and three rows, the manguerito (small charango, arpineta), the aero-cordófono (string instrument that in turn is attached to the quena or the zampoña) and others.

Cavour, thanks to his long career, received several distinctions and awards, including the Condor de Los Andes, in 2013. There is no major state award in the country, but in addition he won another 40 awards, medals and awards, both national as foreigners.

He also received awards in Argentina, Chile, Mexico, Cuba, Ecuador, Brazil, Japan and others. In Bolivia, he won the National Culture Award, the Pedro Domingo Murillo award and awards at the Cosquín, Tucumán and Salta festivals in Argentina.

“I feel very happy to receive recognition, it is a moral support and it also helps to keep the museum growing,” says the master.

The interest in promoting Bolivia and the passion for music pursue him, that’s why his goal is for the museum he founded to continue growing. “The desire I have is for the museum to grow, the pieces that are in the four warehouses, I want them to be displayed,” he says enthusiastically.

Bolivian Thoughts opinion: I welcome Ernesto Cavour and the charango to The Hall of Bolivian Fame