Bogotá, September 5, 2017–Bolivian authorities must drop charges against a radio journalist arrested while covering a violent demonstration last week in the capital city of La Paz, the Committee to Protect Journalists said today.

Police detained Agustín Aldo Mamani, a reporter for the Radio del Valle station in the town of Mecapaca, for four days, and are now holding him under house arrest on charges of destruction of property, according to news reports.

Mamani was covering a demonstration on August 29 of Mecapaca residents who marched 15 miles to La Paz to demand that authorities pave the dirt road that connects their town to the capital, Franz Chávez, director of Bolivia’s National Press Association in La Paz told CPJ. 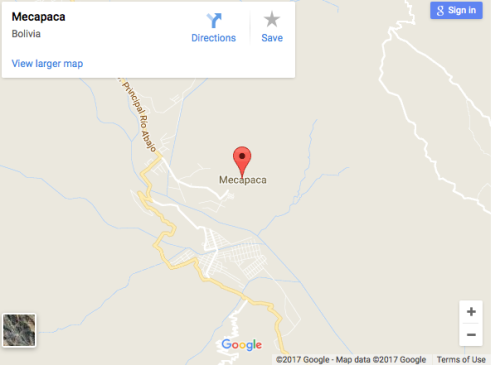 “Filming a protest is not a crime,” said CPJ Deputy Executive Director Robert Mahoney in New York City. “Bolivian authorities should immediately release Agustín Aldo Mamani from house arrest, and drop all charges against him.”

Protesters set fire to two buses in La Paz, prompting riot police to arrest 40 demonstrators and Mamani, who was filming the protest, according to news reports. The police confiscated Mamani’s video camera even though the journalist was positioned more than 500 meters (547 yards) from the burning vehicle, Chávez told CPJ.

“I told them I was a journalist, and they asked for my credentials. I didn’t have them with me, and they [the police] would not allow me to call my radio station,” Mamani told the La Paz daily newspaper Página Siete. “They handcuffed me, and treated me like a delinquent.”

Mamani was detained in a holding cell at the Justice Ministry for 93 hours, and released after a National Press Association lawyer presented the journalist’s press credential to authorities, Chávez said. He added that Mamani remains under house arrest, and is being investigated for destruction of public property.

An official at the Bolivian Attorney General’s office in La Paz told CPJ they would not comment on the case since it is still under investigation.

In July 2015, radio journalist Juan Carlos Paco Veramendi was arrested while covering miners protesting in La Paz. He was held for five days before being released with no charges filed.

Bolivian Thoughts opinion: The government of the coca grower caudillo had always demeaned previous governments, accusing them, among other things, of being violent, curtailing freedom of expression and the likes … well, the egocentric leader has done worse!

His dictatorial-like behavior and cult to his personality has taken the credibility out of all the media he directly controls and the rest with the pressure of paid propaganda … he practically blackmails some media with taking out governmental’s propaganda if they were to employ journalists like Amalia Pando and Carlos Valverde. He functions like a dictator!