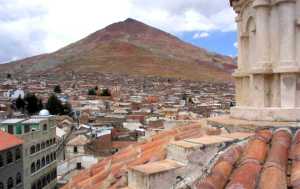 Three companies submitted their technical and economical proposals to bid on the jobs preservation and fill in of the Cerro Rico de Potosi, the Ministry of Mining reported.

Interested firms are Ferticruz, Empresa Constructora Emcalor and Empresa Constructora Visa. In this sense, Ferticruz proposed: “Stabilization of the Sinking of the Peak of Cerro Rico – Dry Fortification Filling Project” work that require more than Bs3.6 million, time for the project is 200 calendar days.

The qualifying committee, composed of technical and transparency of Comibol teams and the Ministry of Mining, make public on Wednesday, March 25 the name of the company to be awarded the Cerro Rico project. The benchmark price that gave the Mining Corporation of Bolivia for stabilization work was Bs3.7 million. 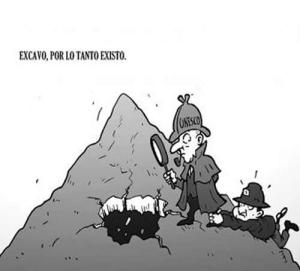 In 2014, the Interagency Committee for the Preservation of Cerro Rico de Potosi inspected the area and found in January that the sides of the landfill (elevation 4,400 meters above sea level) there is a collapse of more than two meters.

The deformation of the reflected peak is due to private mining operations, cooperatives and exploration, prospecting for new deposits,

Bolivia demands quick remediation on or top national emblem! People scavenging over there should be banned and mining should cease to operate!

Enough with the demagogue and cheap politics, from the central to the local governments, the Cerro Rico belongs to ALL BOLIVIANS!