Bolivia, on a yearly, seasonal time, endures floods, road destruction and this government which claims its success and bonanza, has failed over the last nine years to provide adequate infrastructure and response to heavy rain, floods and disaster.

The following news reflect our ordeal:

Floods bring bridge down in Bolivia

A bridge connecting two sections of Bolivia has collapsed after heavy rain, killing a truck driver who was crossing at the time the bridge collapsed. 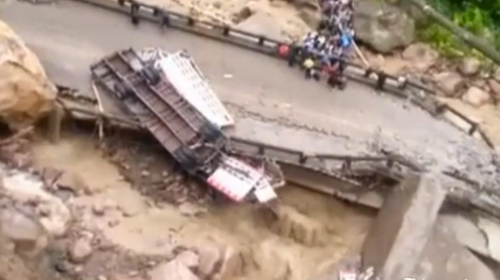 The San Pedrito bridge, connecting Cochabamba to Santa Cruz, was razed to the ground after its columns were destroyed by debris carried in the fast-flowing river. [To watch the video, please use this link]

Some locals have accused the Bolivian government of failing to maintain the bridge, which is over fifty years old.

Since October at least 25 people have been killed and more than 17,000 households have been affected by the heavy seasonal rains, with both central and northern regions hit the hardest. 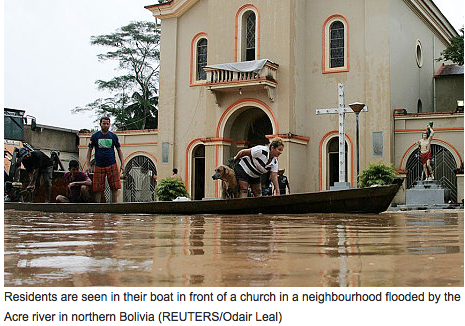 The bridge mention in the video was partially repaired… so traffic can continue. 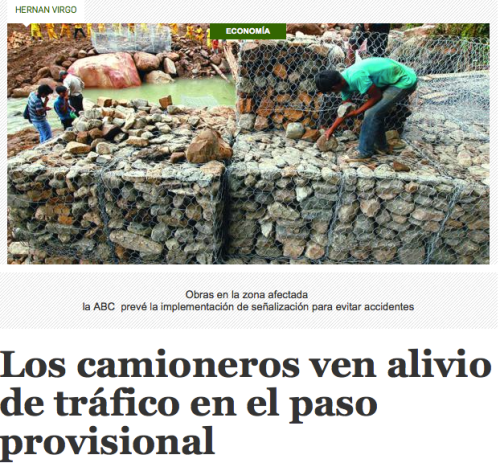 To read the full Spanish news, please use this link.

Almost a decade has gone by under current ochlocracy government, during this time when the best economic bonanza in all our history happened, there was over $150 billion, yes billion, dollars wasted.

Imperative and critical infrastructure like the one displayed here, remain idle. Lack of implementation, rampant corruption are the trademark of current gov’s administration!