Enough with blunt out lies and cheap demagogue of current gov!

Analyst: We can not be an energy hub 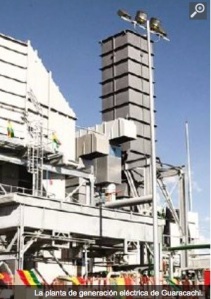 The former Minister of Hydrocarbons, Carlos Miranda Pacheco, yesterday questioned the argument that the country will become an energy hub because electricity generation is minimal in relation to the countries of the region.

“To talk about a medium size energy hub is ridiculous because they are doing [that claim] based on electricity and regarding electricity we are pygmies (small)’ lets talk about 1,000 megawatts (MW) (surplus to sell), Brazil has 100,000 MW, Argentina has 70,000 MW, Chile has 50,000 MW,” he said according to ERBOL.

President Evo Morales targets that Bolivia be “the powerhouse of the region,” by 2020. He even said Even that with the production of hydropower, solar, wind and geothermal plants, the country will have more than 3,000 MW margin to export until 2020.

Miranda said the Government’s proposal to make the country an energy center is not new and that to raise it now is extemporaneous.

He recalled that this project was developed in 1994 at a conference in Houston, United States.

The former Foreign Minister Gustavo Fernandez said that market conditions changed for the country and that business opportunities are no longer the same. “Now Bolivia, will export gas to the countries of the region, has to compete with others, before conditions were better,” he said.