His first thought was, “What is this?” A sip quickly gave way to, “How do I get more?” 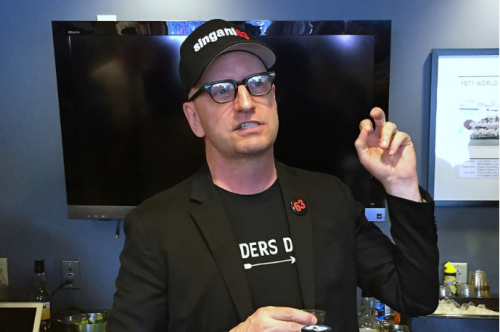 Director Steven Soderbergh was in Pittsburgh recently to promote his brand of singani, a Bolivian distilled spirit made from white Muscat of Alexandria grapes. It’s called Singani 63, and is made by Casa Real, a family-owned winery in the Bolivian Andes.

The events that change your life are sometimes difficult to pinpoint. Unless, of course, you’re Steven Soderbergh.

The director who spent part of his childhood in Pittsburgh remembers almost to the minute the first time he took a sip of singani, the Bolivian distilled spirit that would almost immediately become his obsession.

It was June 2007, and he was in Spain shooting “Che,” the biopic of Marxist revolutionary Ernesto “Che” Guevara. One night when he was holed up in a screening room to review the day’s raw footage, his Bolivian casting director gifted him a bottle of a clear white liquid that could easily have been mistaken for vodka.

His first thought was, “What is this?”

A sip quickly gave way to, “How do I get more?”

The brandy-like singani is one of Bolivia’s favorite drinks, and is as ubiquitous as Coca-Cola. It was the “more” that proved elusive. The spirit wasn’t being exported at that time, and so the casting director had secured the gift bottle through the black market. 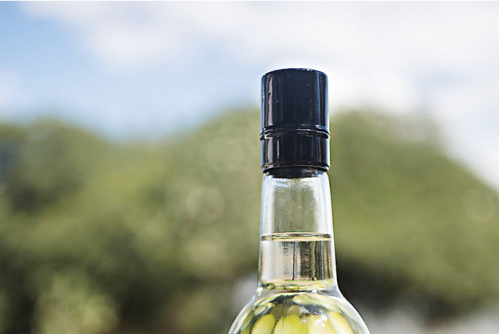 Singani 63 is distilled from a single variety white grape — the Muscat of Alexandria — brought by Spanish Missionaries to the Bolivian Andes more than 500 years ago. Director Steven Soderbergh launched the brand in the U.S. in 2014.

Over the next six months, the famed director of “Magic Mike,” “Traffic” and “Erin Brokovich” made sure that he and his editing crew always had ready access to a bottle of singani. ”I organized a mule train,” he jokes. When he returned to the U.S., singani was such a monkey on his back that he’d hatched a plan: to be the first to import the spirit into the country.

“As a professional drinker and someone who likes 80 proof spirits, it just checked all the boxes,” says the director, who was in town Sunday to promote his brand, Singani 63, to members of the U.S. Bartenders’ Guild in a private box at the Pirates-Yankees game. “Plus a few I didn’t even know could be checked.”

One of its best features, he says, is its lovely floral nose. He also loved the smooth way it went down.

“As a vodka drinker, I’m used to a secondary burn”  when you swallow, he says. Singani has none of that. “It sits right in the sweet spot.”

Made from ancient and aromatic white Muscat of Alexandria grapes, singani (pronounced sin-GAH-nee) has a long and proud history. Planted high in the Bolivian Andes at elevations of more than 5,000 feet above sea level, the grapevines were brought by Spanish conquistadors from Egypt around 1530. The monastic orders who turned the grapes into wine for the masses soon discovered they also were delicious when double-distilled into a spirit. One glass led to another over the centuries, and it’s now considered the national drink of the South American country.

Singani is classified as a brandy for purposes of international trade, but it’s much lighter and more versatile — it can be spirit-forward in a cocktail or can take a step into the background.

“It’s ego-less,” Mr. Soderbergh says. “It plays well with others,” a trait the director says he shares within the film industry, where he is known as a multiposition player.

Even with his stellar people skills, getting all the necessary approvals to export the spirit he would call Singani 63 (the year he was born) proved a bigger challenge than securing financing for one of his films.

Launching a new spirit is notoriously difficult, Mr. Soderbergh recalls, a process made even harder when consumers are unfamiliar with the product. It took him three years of regulatory hell just to get a license to become an importer, and he then had to line up a brand management company and salespeople. The first 250 cases produced by Casa Real (the largest of Bolivia’s three major singani distillers) didn’t arrive in New Jersey until 2010, and it took another two years before he could launch it at the best clubs in cocktail-centric cities such as New York, New Orleans and Washington, D.C. 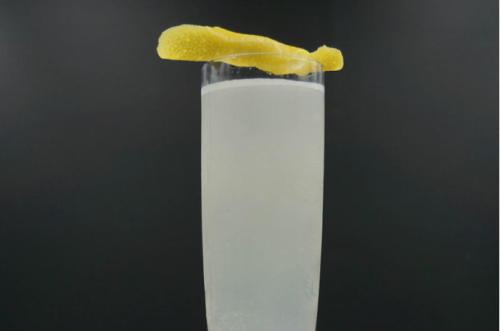 Singani, the national distilled drink of Bolivia, is a spirit with mass appeal. Often consumed neat, it also lends itself to any number of classic cocktails, including the daiquiri. CREDIT: Singani63.com

And now, it’s making its way to the city, where Mr. Soderbergh lived from 1967 to 1973, when his father, Peter, was an education professor at the University of Pittsburgh.

Introducing the spirit to bartenders at PNC Park was a nostalgic nod to his time in Pittsburgh. He fondly remembers playing catch with his father every day after work at their duplex on Kentucky Aveue in Shadyside, and has not forgotten watching the Pirates beat the Orioles at Three Rivers Stadium in Game 4 of the 1971 World Series.

Aside from baseball, Mr. Soderbergh said it’s more fun to talk about the spirit than a movie. Cocktails made with Singani 63 can be ordered at Tako on Sixth Street, Downtown, Casellula @ Alphabet City on the North Side, and at Big Burrito’s Casbah and Soba in Shadyside. It also will be available at PNC Park sometime this season.

And if you’d rather try your hand at your own creation?  A 750 milliliter bottle of Singani 63 retails for $29.99 and is available by special order through Pennsylvania’s wine and spirits stores (1-800-332-PLCB or finewineandgoodspirits.com), with a 50 percent down payment.

What can I say? … just extraordinary thanks to Rodrigo Bellott who made this possible!

… so Bolivians out there, do as Rodrigo share our spirits, our food to the world, and those can turn out to be an extraordinary source of income to our producers!