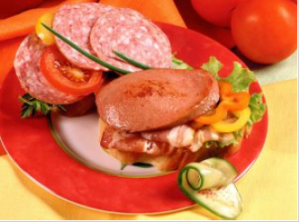 Food inflation reached 6.9% in 2014, average food prices rose by 6.9%, according to a report published yesterday by the Jubileo Foundation and released by Radio Fides. According to the data, this rate is lower than that achieved in 2013, when the variation was 10.4% and higher than the 6.89% rate recorded in 2011 and 5.6% in 2012. The prices of food consumed at home rose by 1.17% in December, compared with those recorded in November 2014. Between January and December prices, the average variation of all goods and services was 5.2%. The increase in food prices was higher than the overall average by 1.7 percentage points. The official goal of overall average change in prices fixed by the Government for the year was 5.5%. The overall cumulative rate of 5.2% was lower by 0.3 percentage points.

The variation in prices of all goods and services was 5.2% between January and December; 0.3 percentage points less than the official target. In the cities of Cochabamba and Tarija variation in food prices reached double digits. The National Statistics Institute (INE) reported that the Consumer Price Index (CPI) in December 2014 positive percentage change of 0.84% from the index of November and cumulative twelve-month variation is of 5.19%.

The ochlocracy at its best!