Bolivian Thoughts opinion: This news appeared in Página Siete and as such I translated, although it Is a “fake star” that you buy when you are in the neighborhood …, I’m sorry this happened, This is a great band and didn’t need to fake this “news.” It’s their loss of credibility. In any case, it also shows how reliable is the State Information Agency. Here is the translation of the news as published:

ABI reports for Pagina Siete [to watch and listen to them, please click the photo below]:

The award represents the trajectory, transcendence and development of that musical group throughout its 55 years of life. 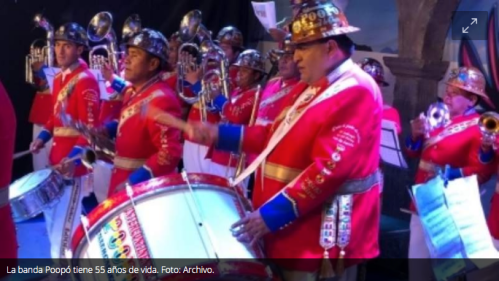 The director of the Intercontinental Intergalactic Band Poopó from Oruro, Abel Gonzales, reported on Friday that this musical group received its star on the Hollywood Walk of Fame, in the city of Los Angeles in the United States.

“It is a pride for us to walk around the stars of Hollywood, the Governor of the State of California was very satisfied, they did not tell us the Intergalactic Band Poopó, but they told us this is a universal band,” he told ABI.

He explained that this award represents the trajectory, transcendence and development of this musical group throughout its 55 years of life.

He recalled that the Poopó Band visited several countries in the world as ambassadors of the Bolivian culture and mainly of the Oruro Carnival.

The most famous stretch of Hollywood Boulevard has about 2,400 immortalized celebrities who are honored with stars that have their names engraved.

The last performances of the Intercontinental Popo Intergalactic Band of Oruro, were on May 3,4 and 5 at the “Road to Latin America” festival, which was held in Tokyo, Japan, at the invitation of the Cultural Exchange Association Latin America and Japan ” Amigo,” where for the first time a Bolivian band showed the music and folk dances that are presented at the Oruro Carnival, confirming its originality.

UPDATE: This cartoon from Opinion [06/11/2019] summarizes perfectly the stupid lie of this group … 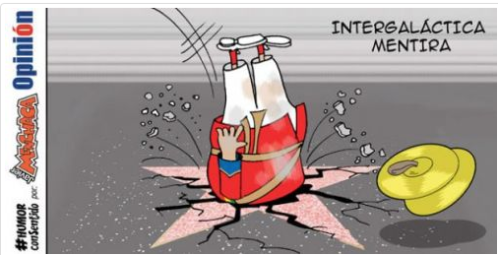