LA PAZ, Bolivia — Police in Bolivia say a small plane crashed into a market in a town in the country’s north, killing all four people in the aircraft and injuring three vendors on the ground.

The Cessna 206 smashed down near the entrance to the market in Santana de Yacuma, a town about 310 miles north of La Paz.

Miranda said the cause of the accident is under investigation. The plane was flying from Santana de Yacuma to Trinidad, which is the capital of Beni region. 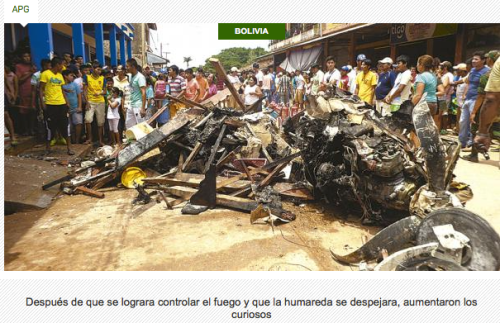 This photo is from El Deber, use this link for the report in Spanish