Bolivia’s reality nowadays is sadly illustrated by cartoons in national newspapers, follow a few for this Sunday, May 26, 2013. 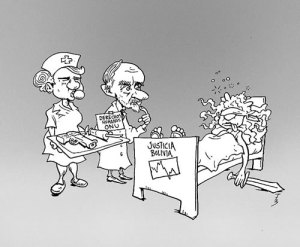 UN’s human rights have made timid approaches to the problem and have not been really helpful. Notice the gun next to the syringe… 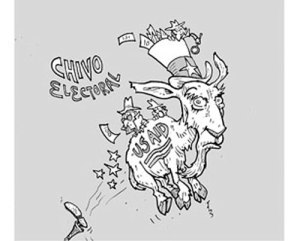 The natural enemy of the drug war are the coca growers, and given that transient Bolivian president is firstly and fore mostly their leader, so the American Ambassador was expelled, like DEA and this time USAID, the electoral scape goat as he stubbornly and illegally is pushing for his re-re-election. 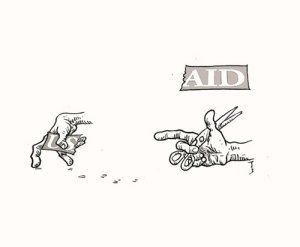 Another cartoon that shows the stupidity of current government, cutting US aid. USAID/Bolivia came right after the Alliance for Progress and as a result of President John Kennedy’s vision. More than 50 years of development support, donation as the US government forgone the loan projects that existed until the early 90s.

From the construction of national airports like the ones in El Alto, Trompillo, Cochabamba and all the airfields in the lowlands, to the first paved roads in the country like the La Paz – Oruro and Cochabamba – Chapare, to the road between Angostura – Aiquile which before was a 14 hour journey, at the end of the road improvement and bridge construction, only took 4 hours… not to mention the hundreds of Bolivian citizens who received short and long term scholarships. 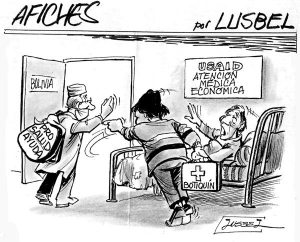 Thousands of vaccines, primary health care in all sorts of projects helped the Bolivian society. Being Prosalud the best example of that aid. Notice the irresponsible demagogue political attitude by current president. USAID’s support was not only a donation but also ensured sustainability of those health services.

Food for work, SMEs support and finding markets, credit for the Bolivian producers, the list is endless and aside of the coca growing alternative development in the late 90s onwards, all the development support was not tied to deliverables. USAID’s work was plain development oriented. 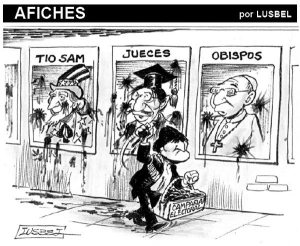 Current president’s main work throughout the last seven years was electoral. Travels constantly and relentlessly attacked the US, the judicial system and the Catholic Church. His political style is to continuously find guilty parties for all the problems and situations he confronts, he is the type of a person who likes to badmouth all who oppose him. An egocentric and cocky personality has evolved as a result of his “dictatorial” style. 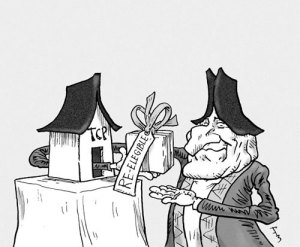 Current president has lied at the time of the approval of the new Constitution, at the time when he killed the Republic and created the Pluri-national State. As he controls the Judicial and Legislative powers, he also controls the Electoral Court and he made approve his possibility to remain in power, like Chavez, Correa, Ortega and the Kirchsner’s did. 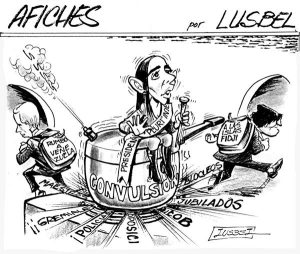 Every time that there is turmoil, road blockades and riots, invariably and ever since they assumed office, they leave the country on a number of boondoggles.

This time both P and VP left the country in the middle of convulsion. 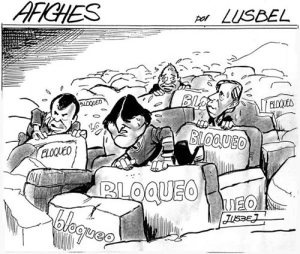 As Bolivia was paralyzed and millions of dollars lost, they managed to approve the illegal re-re-election and as soon as that was achieved, riots stopped… making me wonder if all that was just another pantomime!