The Company sells abroad 2% of its production

CBN currently exported to Chile, Spain, United States, China and England. Seeks to be among the top 10 brands in the world. 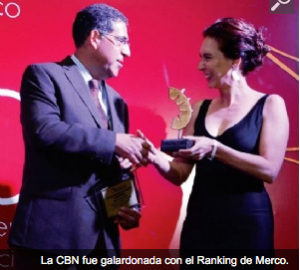 The institutional manager of the Bolivian National Brewery (CBN), Ivo Blazicevic, said the company will export Paceña beer to Mexico. The first shipment will be two containers.

“We are proud that our beer Paceña be exported to Mexico for the first time. We know that many countries are already exporting, but make it to Mexico, which is the leading exporter of beer in the world now, just passed Germany, makes us very happy,” said Blazicevic.

The executive said that the two containers are ready with can presentations of Paceña cans and the One Way of 350cc, to go to Mexico.

The CBN seeks Paceña to be recognized worldwide and to be ranked among the top 10 brands in the world.

CBN currently exports 2% of its production to countries of Chile, Spain, USA, China, England and others.

It produces an average of 3.6 million hectoliters per year. 98% is sold in the country.

The CBN has eight plants in Bolivia, of which five are breweries, two soft drinks and one dedicated to the production of aluminum cans.

Blazicevic announced that upon completion of the year plan to close with 3.4 million hectoliters sold, but growth will not be reported due to the effects of smuggling.

“We’re not growing this year. We are feeling the effects of contraband (…) also the effect of the devaluation of currencies,” he lamented.

The CBN will bring this year about Bs2.3 million in taxes.

Wednesday night was the award of the 2015 Ranking of the Business Corporate Reputation Monitor (Merco) to the 100 best companies in the country by the group New Economy.

The CBN won first place in the rating.

Level the price of beer

The CBN leveled the price of beer sold in Santa Cruz and La Paz, said its executive Ivo Blazicevic.

“We equalized the price in some places. We had different prices in Santa Cruz and La Paz, and because we’ve equalized because we had migration from one product to another,” he said.

In business and premises of La Paz 620cc bottle are sold from Bs18 to Bs25.

It feels good that a Bolivian final product competes in the world market. It makes us feel proud!