How Moving To Bolivia Saved Our Retirement

How Moving To Bolivia Saved Our Retirement

This article comes to us courtesy of InternationalLiving.com, the world’s leading authority on how to live, work, invest, travel, and retire better overseas. 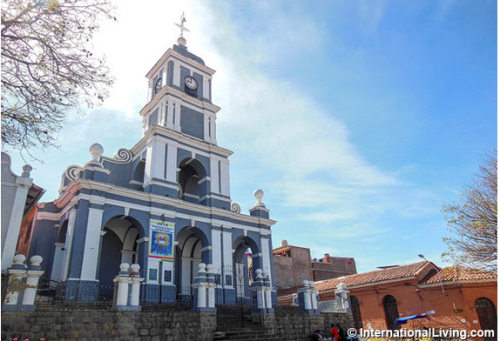 Nestled in an Andean valley at 6,000 feet, the Bolivian city of Tarija is truly one of South America’s great undiscovered gems. You’ll find colonial architecture, a near-perfect Mediterranean climate, and vineyards outside town stretching to the horizon.

It’s also one of the most affordable cities in the Americas: you can live a comfortable retirement in a centrally-located apartment for $1,200 a month, including rent, enjoy a delicious three-course meal for as little as $4, or visit one of its many medical facilities from $20.

Tarija is home to 235,000 people, among them a small community of around 250 expats — mostly from Europe, North America, and New Zealand.

Last year Martin and Joyce Powell joined them when they sold their home and belongings in Glasgow, Kentucky, and began a new life as expat retirees in Tarija.

Like many expats, the couple’s main reason for moving abroad was financial. They calculated that, even when Social Security payments came, they wouldn’t have enough to retire. “In the U.S., I would have worked until I died,” says Martin. “Moving to Tarija was a way to make things work out. And we can enjoy a much higher standard of living here.”

In Kentucky, Martin, 60, had been a professional butler. Among his clients was Kentucky Governor John Y. Brown, Jr. He also had his own commercial cleaning business that he and Joyce, 58, worked at together.

A friend from Kentucky had retired to Tarija, Bolivia, 10 years ago. This friend returns to Kentucky every year or two, and when he learned Martin and Joyce were considering retiring abroad, he encouraged them to visit Tarija.

“We loved the climate,” says Martin. “We don’t have extremes in temperature, and the nights cool off.” Average daytime highs range between 78 F and 86 F. Nighttime low temperatures range from 46 F to 62 F.

“Tarijia is different enough to be interesting and small enough to be comfortable. We are still discovering new things. We love the older Spanish-style buildings and the plazas,” says Martin. “There are lots of parks, and they are all clean and beautiful. But the best part of life here … we don’t have to work.”

As for Joyce, she says: “I love the mountain views here. Every time I look at them they fill my heart.” 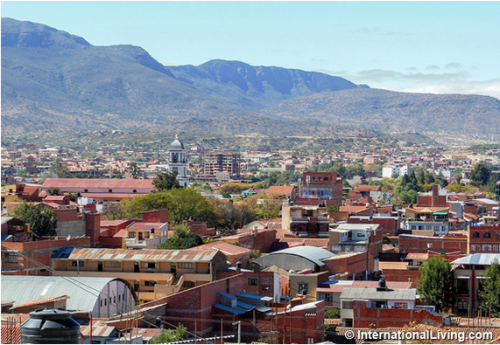 Altogether, Tarija has 15 plazas and parks, as well as four lookout points, where there’s high ground, called miradores. Colonial architecture in Tarija includes several churches, such as the Basilica of San Francisco and the Church of San Roque, built in the early 1600s.

For shopping, you’ll find 11 markets where you get the freshest produce at the best price, as well as family-owned bakeries and butcher shops. You’ll also find half-a-dozen supermarkets–good places to get paper goods and toiletries.

An Emphasis on Family and Friendship

Martin and Joyce have made friends with local Bolivians and they eat out with other expats regularly.

Sometimes the Powells’ Bolivian neighbors hold dances in their homes, clearing the patio or terrace to make room. “We dance for a couple of hours, then they serve a meal. After that, we dance for a couple more hours. It’s a traditional Bolivian dance that’s like line dancing–with the women on one side and the men on the other,” says Martin. 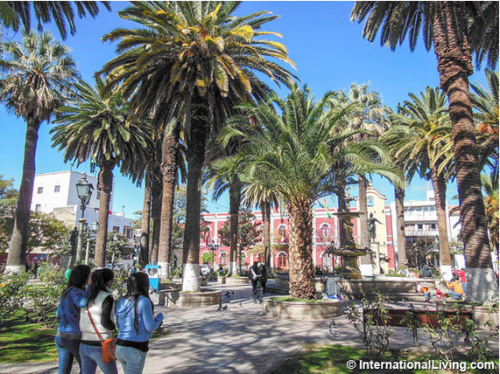 The Powells also enjoy going on picnics in the nearby countryside with their local friends. “Everyone brings their own meat and a side dish,” says Joyce. “At the picnics they cook over charcoal. They season steaks with salt and lemon when they barbecue here,” says Martin.

Martin and Joyce’s friends, who’ve lived in Tarija all their lives, have taken them to special spots outside town. One is a thermal lake. “It’s a two-acre lake that feels like a two-acre bathtub,” says Martin. “When you go deeper, it gets warmer instead of colder.”

Joyce has practiced paper-folding, making origami figures, since she was young. In Tarija, some of the local children have taken an interest in her hobby, and Joyce is now teaching them the craft.

The couple pays $200 a month for a centrally located apartment. “It’s one-and-a-half years old. It’s a two-bedroom place, with a garage on the first floor, near the plaza,” says Martin.

Martin and Joyce pay around $21 a month, total, for their home utilities, which include electricity, gas, and water. WiFi is around $38 a month and they pay $15 a month for their two smartphones. They have limited-minute plans, with their unused minutes rolling over into the next month. They also have MagicJack, a VoIP phone service that allows them to make unlimited calls to the U.S. over the Internet, for $40 a year.

Like many expats in Tarija, Martin and Joyce get by fine without a car, opting instead for public transportation. A taxi is around 60 cents per person to the edge of town. Taxis with a regular route like a bus, called taxis trufis, cost around 30 cents per person. A bus ride is around 22 cents.

“But most of the time we walk to do our shopping and take care of daily errands,” says Joyce. As for food prices, “canned foods, processed foods, and imported foods cost more [than the U.S.]. Fruits and vegetables are cheap. Dairy and meat are about the same,” says Joyce.

Healthcare for $75 a month

Martin has a heart condition. One night he had a cardiac emergency. Joyce called one of their new local friends, who helped her get Martin to Tarija’s cardiac hospital.

“They saved his life,” says Joyce. “The total cost was $600. The most expensive thing was the seven hours of oxygen.”

The cost to visit the heart doctor for a checkup is $22. “It’s not Star Trek modern, but it’s clean, sufficient, and nice,” says Martin of the cardiac hospital. Martin and Joyce also visit a dentist in Tarija. “The dental equipment here is more advanced than I’ve seen in the U.S.,” says Martin.

Minus medical expenses, the Powells’ total living costs come to around $1,000 a month. Most of the medications that Martin gets cost only 30% of what they would in the States. The couple are currently in the process of joining a Bolivian healthcare plan that will cover almost all of their medications for $75 a month.

Martin and Joyce are enjoying a retirement that would have been impossible in the U.S. They’re living in a place and a climate they love. And they’re sharing the adventure of learning a new language and discovering a new culture. “For me, it’s choosing something new that I like. It’s a beautiful thing,” says Martin.

“We didn’t come 4,000 miles to live the same way we did in Kentucky,” says Martin. “We like the Bolivian people and find them warm and hospitable.”

To overcome the language barrier, Martin and Joyce took Spanish lessons. They’ve joined a local church where they’ve made friends and get an opportunity to practice their Spanish. And Martin builds his vocabulary reading the local paper.

“There is very little crime here. There is a little bit of ‘ticky-tacky’ (unfinished homes and graffiti), but I don’t see it anymore. It’s like a wrinkle on someone you love,” says Martin.