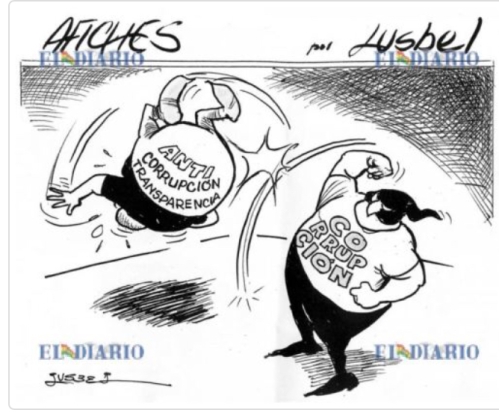 There is not a single week that we don’t know of corrupts been jailed nor that the big-guys go to jail, instead a new case of corruption at a local, regional or central level appears!

Even La Razón which is a pro-gov newspaper displays the face of corruption crosswide: the alleged fight against corruption yields zero results; laws are not enforced; and they always plea innocence …

So, evo’s time as president, has become a synonym of corruption!!