The jaguar, in the shadow of death

The flora and fauna that have survived the fire suffer a “total effect” of the disaster.

A jaguar at the Noel Kempff Mercado Zoo in Santa Cruz. Below, animals burned in the Chaco. Photos: EFE / Nature, Earth and Life Foundation (Native)

Forest fires in Bolivia threaten the survival of emblematic species such as jaguars and pumas, along with toucans, parabas and small mammals, if they have not already died calcined.

,”The little fauna that has managed to survive in these places is practically destined to die, because it has run out of water and without food for many tens of kilometers,” the executive director of the Nature, Land and Life Foundation (Nativa) told EFE, Ivan Arnold.

The flora and fauna that has managed to survive the fire that so far does not give truce in the Bolivian Chiquitania and Chaco, transition zones towards the Amazon, suffers a “total effect” of the disaster, he remarked.

Some of the affected reserves are in the vicinity of the municipalities of Roboré, San Ignacio de Velasco, Concepción and San Matías, in Chiquitania, in which the fires remain active, in addition to Charagua, in the Bolivian Chaco.

The Arnold Foundation has worked in the Ñembi Guasu reserve, on the border between Bolivia and Paraguay, where some days ago the fire ended with at least 250 thousand hectares, to the end of turning those spaces into a “great holy field,” he lamented graphically. .

Part are “trope animals”, such as pigs from the bush, who tried to escape in herds, but who died burned despite being swift.

A sign of the “ravenous” fires in the southeast of the country, said the director of Nativa.

The fires have also affected bird species, since they have destroyed nests and killed specimens, some 150 only in a small portion of forest near Roboré, according to a sample captured by this organization.

Other species that have managed to escape, such as jaguars or anteaters, are also in danger of perishing if they find no refuge in areas where they can consume water. 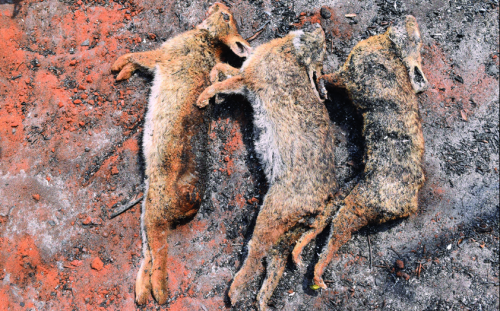 Monica Negrete, a young veterinarian who has been dedicated to animal protection for a decade, told EFE that many species are at risk of disappearing because they were already in danger of extinction.

In her opinion, the jaguar is “the most prone to die in crisis situations,” since it has no herd and must move to places where it can easily access food, such as nearby livestock areas, where it can be considered as a threat.

Another adverse scenario is the migration of birds such as the toucan, parabas or macaws, which usually migrate in the same region and, given the situation, could do so to cities. There they run the risk of being caught or simply not getting food, the activist said.

With less advantage than birds are small mammals, such as armadillos or jochi, a species of rodent whose meat is widely consumed in the eastern region of Bolivia. 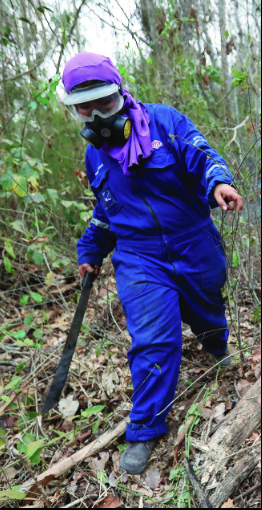 The young Monica Negrete works in the recovery of wildlife.

These animals cannot “see beyond” and in their eagerness to escape they often end up cornered in areas where the fire persists.

According to Arnold, the only way to achieve the recovery of affected areas is to declare their intangibility and thereby prevent the hand of man from affecting a restoration task that nature must carry out for a long time.