Defense of the citizen vote

Activists defending 21-F, will perform various citizen events to remind citizens that the candidates of the government, Evo Morales and Vice President Álvaro García, in the race are “illegal”. Marcela Murillo of the collective Kuña mberete, from Oruro, announced new actions to reject the ruling party. 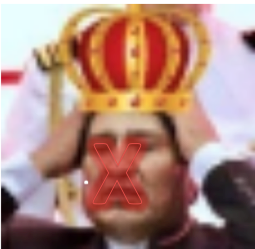 Today will be in the Plaza del Estudiante of the city of La Paz, the activists of 21-F the Kuña mberete (strong women), collecting the signatures of citizens who support the claim to the Inter-American Court of Human Rights (IACHR) that It is not a human right of the President and Vice President to run again, to the guarantor States of the Constitution, Brazil and Colombia.

“We need citizens to sign and express their rejection of the reelection of President Evo Morales and Vice President Álvaro García, because it is not a human right to run again; we are activists who are working with books,” said Cristina Soto, an activist from Kuña mberete, La Paz.

Likewise, the activists of Otra Izquierda es Posible (OIP) will be in the squares of La Paz talking with the people so that they become aware of what it means to defend 21-F, which is the Bolivian vote in the 2016 referendum, where the NO has won, NOT to modify Article 168 of the Constitution of the State (CPE), that is, they can not run again for another mandate, she said.

Beto Astorga, leader of OIP, added that today they will make a flyer for the Democracy in the city of La Paz, with the phrase “Remember the 21F and do not forget that there is an illegal and illegitimate candidate”, because it is a task of OIP the awareness to the citizens, he said.

Another activity they will carry out, according to the activist of the Kuña mberete of Santa Cruz, Marcela Murillo, Monday April 22, will march in that city claiming the position of Colonel David Flores, who was discharged for participating in a spot that supported the defense of the Bolivian vote, she said.

He even changed the date for the election date as he intends to capture the votes of Bolivians who live in Argentina, while he closed that option for those Bolivians living in the USA.

After 14 years of absolute control of ALL State powers, wasting over $180 billion dollars, his incompetent, populist, demagogue government, is now afraid of the trials that he and his acolytes would have to face after they end their mandate this year. Over 700 Bolivians fled the country due to political persecution, Bolivian Democracy is seriously under peril!

If we fail to stop him to run for the October elections … chances are that we will be following the insane path of Maduro and Ortega, as they like evo do not want to abandon the government of their countries.