ST. LOUIS (KMOV.com) – Veterinarians from the Saint Louis Zoo assisted in the rescue of river dolphins in central Bolivia.

Veterinarians from St. Louis and the Maryland Zoo traveled to central Bolivia to rescue around 15 endangered Bolivian river dolphins that were trapped in a lake. The dolphins had reportedly become cut off from the main river over the past several years because of run-off from environmental changes in the area. 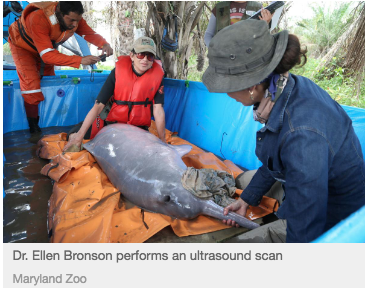 Two years ago, a biologist associated with a museum of natural history in Bolivia reached out to colleagues at both zoos for assistance.

“Having worked on wildlife health and conservation projects in Bolivia since 1999, I was happy to collaborate with Bolivian colleagues and Dr. [Ellen] Bronson  to help address this increasing conservation challenge that threatens the long-term survival of the river dolphin of Bolivia,” said Dr. Sharon Deem, director of the Saint Louis Zoo Institute for Conservation Medicine. “This rescue project also presented the opportunity to perform complete medical exams on the animals, which we believe is a first for the species — a species designated as separate from the Amazonian river dolphin in 2012.”

It took nearly two hours to transport the dolphins from the lake to the river, where a release point was found. The group spent two weeks in the area and were able to relocate six dolphins and collect information on the species. 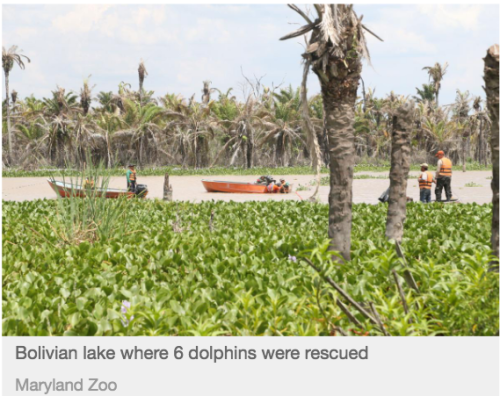 “We believe that these were the first full health examinations done on this species with extensive diagnostic sampling. There have been research studies on this species in other areas of Bolivia, and they have also taken some limited samples, but not to this extent,” said Dr. Bronson, senior director of animal health, conservation, and research at The Maryland Zoo.

According to Maryland Zoo officials, plans are underway with collaborating organizations to determine when the next rescue mission will take place for the remaining dolphins. 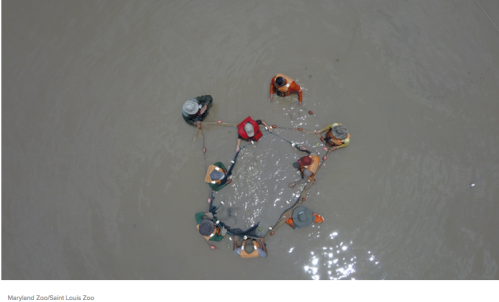 Bolivian Thoughts opinion: I can only thank these great organizations and wonderful scientists who help Bolivia!