Bonanza of Treasury expenses is criticized 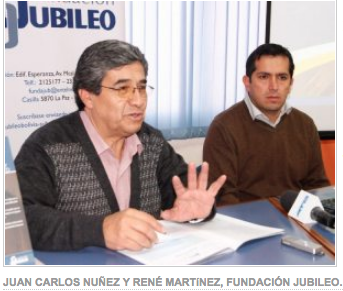 The Jubilee Foundation said that the salary budget in the public sector has multiplied five times since 2005 and warned of evident risk if it continues to grow.

The information is registered in the Jubilee magazine that in its publication 37 entitled: “The bonanza passed, the debt goes up and the spending continues”.

“The salary and salary budget increased again in 2018 by 7.6% compared to 2017. In the last 13 years, the increase is more than five times,” says the nonprofit organization.

Likewise, it warns that the growth of this expense, if it continues to expand, represents a latent risk of “unsustainability in the future” considering the new income level.

The analysis also addresses current expenditure, which has increased in recent years, registering a maximum in 2015, a decrease in 2016, but again an expansion in 2017 and 2018.