Bolivian State enterprises do not justify their creation, they are a result of cheap demagogue and incompetence!

State enterprises do not justify their creation

• Political decisions, lack of managerial skills and market knowledge influenced on the failure of three firms in 2015, according to economists 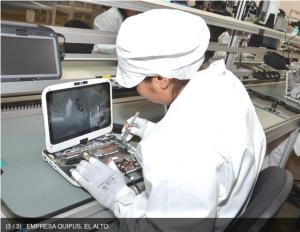 Economists Rolando Morales, Gonzalo Chavez and Roberto Laserna, warn that political decisions from the authorities, the lack of managerial skills and knowledge of markets influenced in the failure of state enterprises, that do not justify their creation.

The former superintendent for Business, Rolando Morales Anaya, said that at least three public companies went bankrupt in the last year and in many other there are management issues, and some still do not report profits despite having several years of operation.

For Gonzalo Chavez, the creation of these public companies only responds to the political situation, therefore, there is no technical market vision and would not succeed in the future, on the contrary, a short life awaits them.

The President of the Millennium Foundation, Roberto Laserna, recalled that Ametex exported annually $50 million dollars and employed 3,000 workers at its best, when it was in force the Atpdea with the US, which opened markets in 1992 in favor of countries with problems drug trafficking.

This week, the textile-state-owned enterprise went bankrupt, a real and sad outcome as a result of the ruling ochlocracy.

The coca grower political party is full of cheap demagogue, this socialist and populist regime could only lead to this catastrophe!