The odyssey of children that brought smallpox vaccine in their bodies

The Spanish doctor Jose Salvany was part of the crusade that brought the cure to the country. He died in Cochabamba, in misery.

In 1779, the military doctor Francisco Xavier de Balmis witnessed the havoc that smallpox had caused in Mexico, one of the colonies of his native Spain. The plague had not discriminated against anybody, not even to the Spaniards, but took umbrage with the indigenous population, whose number was terribly diminished. The devastation had occurred exactly 17 years before, in 1796, the English physician Edward Jenner discovered the antidote to the deadly disease.

But Mexico was not the only Spanish colony that was victim of the epidemic, but all America and Asia, prompting Balmis to propose to King Carlos IV organizing an expedition that will take immunization to all dependent territories of the Spanish Crown.

After being approved by the king in 1803, the expedition left for America and Asia. The mission lasted three years, until 1806.

Dubbed as the Real Philanthropic Expedition of the Vaccine, the delegation was headed by Balmis appointed director and by surgeon José Salvany Lleopart, who joined as deputy director. The expedition sailed from Corunna, Spain, in a sailboat, the corvette María Pita, November 30, 1803. Salvany Balmi and were accompanied by “four doctors, six nurses and a few kids, because adults were unfit for this venture, because almost all had had the virus, “we read in the book in the name of children: the Royal Philanthropic Vaccine Expedition (1803-1806).

The company stressed that it was the first vaccination campaign in history that sought to circumnavigate the world by immunizing people against smallpox, then a global public health, but emphasized more because the children traveling with Balmis and Salvany had in their body the antidote. And it is that doctors are aware of all the limitations that prevented them from bringing the vaccine to inoculate young devised with the antidote and so sail the seas and land in all Spanish colonies to vaccinate subjects of King Carlos IV.

It was 22 orphaned children who had been taken of the orphanages of Spain to take the vaccine in their body.

Overcoming the seas and even facing pirates, the first port where the ship was docked, was in Puerto Rico, where the population was immunized. Then, went to Venezuela, where it split up intwo. Part of the mission, led by Balmis, followed Cuba, Mexico, the Philippines and came to China, from where he returned to Spain, giving virtually a trip around the world. The second group, led by Salvany toured South America and came to Bolivia.

“The story of this campaign is known in all scientific circles, but became public thanks to Javier Moro who writes A Flor de Piel [with extreme emotion], sold two million copies and Salvany becomes the hero,” said the Minister Counsellor Embassy of Spain in Bolivia, José Zorrilla.

In A Flor de Piel, Moro recalls that Salvani, despite being practically sentenced to death because he was suffering from tuberculosis, decided to embark on the journey. “He traveled 31,000 kilometers by sea to reach Bolivia and bring the vaccine,” says José Zorrilla.

After its long humanitarian trip, Salvany died of tuberculosis in 1810 at the convent of San Francisco de Cochabamba, in total poverty. The Embassy of Spain memorialized him a few weeks ago, standing over his grave a plaque recognizing his great contribution to mankind.

“Salvany is a symbol of friendship between Bolivia and Spain”

Even after the discovery of the antidote (in 1796), smallpox was one of the greatest scourges of humanity. It is estimated that in the late eighteenth century, this evil killed each year around 40,000 people. It is at that stage that King Carlos IV of Spain instructed the organization to lead a crusade against the disease and take the vaccine to all the colonies of the empire. 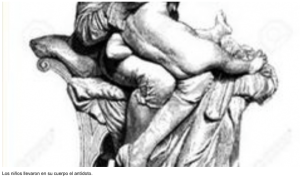 “Immediately the problem of how to transport the antidote and the solution was to take it inside children, having the serum being passed from arm to arm. As neither parent was willing to offer their son for such an experiment, orphans were used, and to look after them, the orphanage director of Corunna, Isabel Celdán, was chosen”, states the Embassy of Spain in Bolivia. 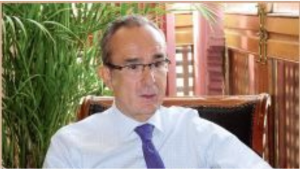 Ambassador Angel Vazquez Diaz de Tuesta refers to the medical José Salvany and Spain tribute that was offered on the 205 years of his death in Bolivia.

It was not easy to find historic traces of Salvany in Spain. We know he was born in Barcelona, he was an army doctor, a man of not very good health who came to America to fight smallpox. We also know that he served in several places and when Spanish King Carlos IV decided to organize the Royal Philanthropic Expedition of the Vaccine, he did not refuse and embarked with a group of scientists on the expedition. Salvany with the group came to the West Indies, from there came to America, to Bolivia, where he died very young. We do not know whether he had left any offspring or family histories.

What accounted for Spain’s expedition?

A challenge, considering that the idea of a vaccine was not easy to understand for people then. The idea of inoculating the virus of a disease in the human body for antibody reactions it surely was not easy, and certainly the expedition faced many barriers, even religious.

The embassy held a recognition to Salvany

“We wanted to show our respect to a leading figure of the Spanish historical past, it also represents the union between Spain and Bolivia. There are many symbols of union between Spain and America, but a Salvany medical doctor is a noble symbol, a young man which launched a noble campaign, guided by the ideals of the Enlightenment to combat a scourge for humanity as smallpox.

“Together with the municipal authorities and representatives of Cochabamba Medical College, we analyzed to put the name of Salvany to some Institution,” said the ambassador.